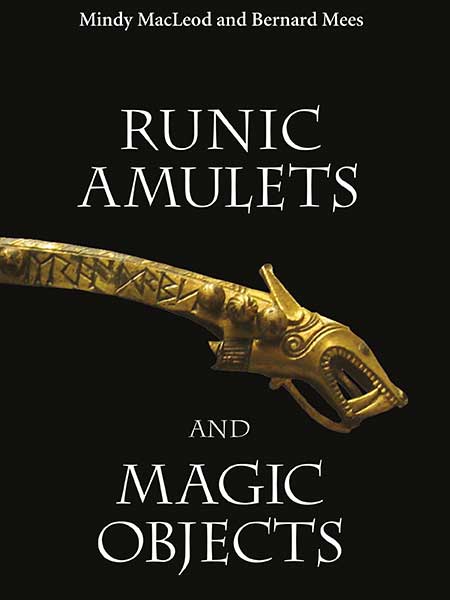 The runic alphabet, in use for well over a thousand years, was employed by various Germanic groups in a variety of ways, including, inevitably, for superstitious and magical rites. Formulaic runic words were inscribed onto small items that could be carried for good luck; runic charms were carved on metal or wooden amulets to ensure peace or prosperity. There are invocations and allusions to pagan and Christian gods and heroes, to spirits of disease, and even to potential lovers. Few such texts are completely unique to Germanic society, and in fact, most of the runic amulets considered in this book show wide-ranging parallels from a variety of European cultures.
The question ofwhether runes were magical or not has divided scholarship in the area. Early criticism embraced fantastic notions of runic magic - leading not just to a healthy scepticism, but in some cases to a complete denial of any magical element whatsoever in the runic inscriptions. This book seeks to re-evaulate the whole question of runic sorcery, attested to not only in the medieval Norse literature dealing with runes but primarily in the fascinating magical texts of the runic inscriptions themselves.